It was the best of times, it was the worst of tmies;

Because the best result will come...
因為最好的結果會是…

from everyone in the group
團體中的每一個人

doing what's best for himself and the group. 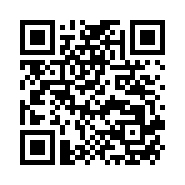